Fully restored by BaMW a few years ago. Few miles completed since then.

This is C54... It is from my own collection and famous in the Dakar comunity.

This is one of only 10 genuine UK Paris Dakar's, imported to the UK back in 1986. There are maybe, only 9 now, or less?, as at least one was written off to my knowledge.

As a UK original it is the very best and most collectable type of Paris Dakar. Matching numbers of course.

It benefits from both original auxiliary instrument pods, wind shield, and period luggage.

We intend to re commission and detail this motorcycle, all that needs doing will be done, including the side stand correction, new black chrome exhaust pipes and collector box, new OEM type front brake disc (all not available when the rebuild was completed by us originally). 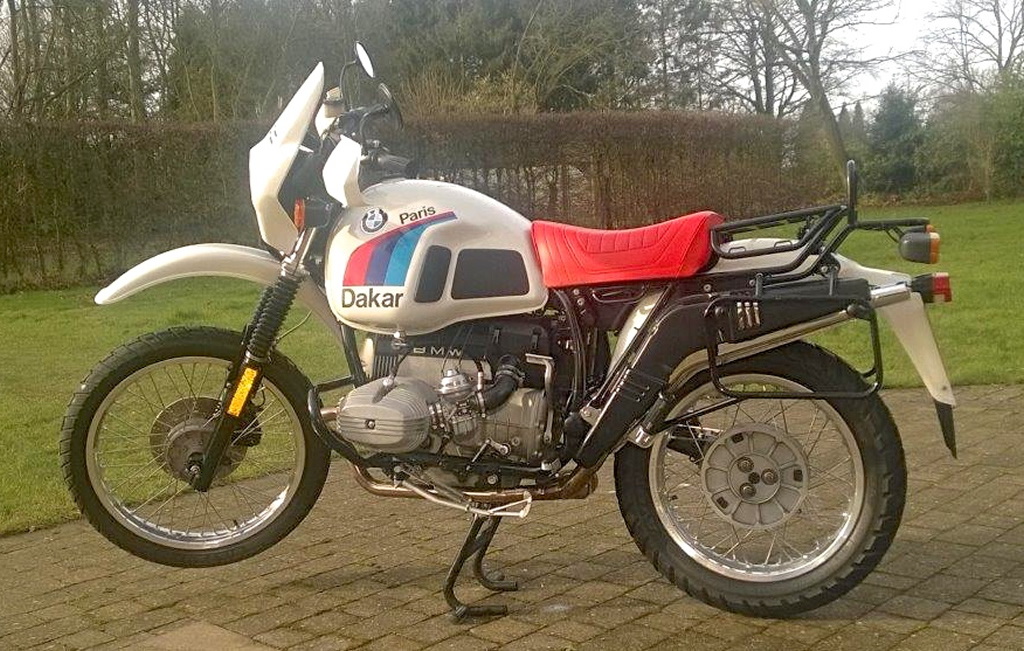