Gary Burton: a little bit about me 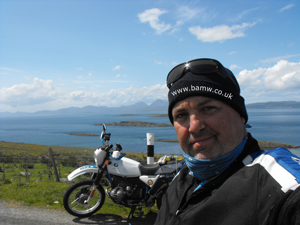 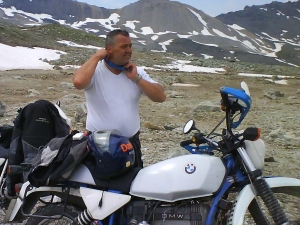 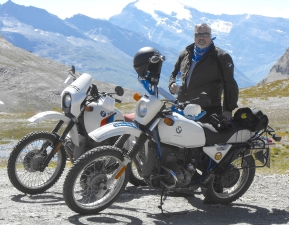 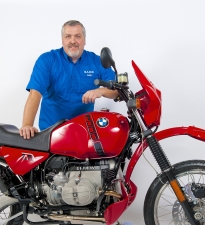 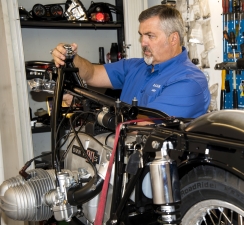 I was only 17 years old, when I restored my first motorcycle, a Honda ss50, in 1978. I was closely supervised by my father, a time served engineer and draughtsman, then in senior management, at the Locomotive works in Derby, UK.

I was hooked, it was in my blood and I quickly directed my efforts towards classic British motorcycles.

I became a member of the Triumph and Royal Enfield owners clubs. I restored several machines to award winning, show standards, and exhibiting, by invitation, at the Classic Bike Show, then (1980's) at Belle Vue, in Manchester.

I am a classic motorcycle enthusiast at heart and have travelled Europe, covering many thousands of miles on two and four wheels, in search of the right bikes.

I have developed a wide network of WORLD WIDE contacts, BMW dealerships and GS friends in the process.

I believe that these models provide a perfect antidote to the modern BMW motorcycle. Their simplicity of maintenance, over engineering, robust mechanics, and quality of original finish, give them the soul, and character, often now lacking in modern motorcycles. They do not display the harsh economic reality of depreciation, and attract affordable insurance premiums for ANY rider.

My motorcycles have shown reliably appreciating values, over the last 8 years.